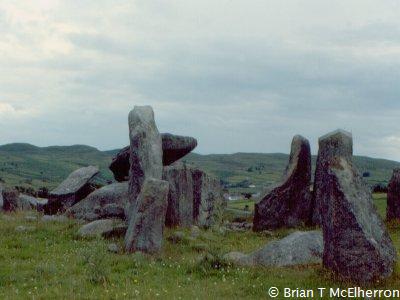 The first visit was to Clontygora, Co Armagh. The King’s Ring (J098195) is a single-court grave. It has one chamber intact, with a capstone. Remains of other chambers are visible. 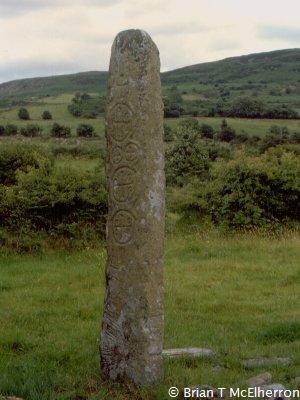 Kilnasaggart Inscribed Stone (J062148) was inspected. It is a slender pillar with a number of crosses inscribed on one side. On the other side is a large cross and an inscription which dates the stone to the early 8th century. At the base are a number of stones, some with bullauns. 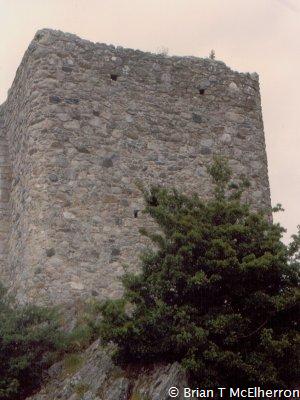 Nearby is Moyry Castle (J057146), an early 17th century campaign fort. It is a small rectangular tower set in a fragment of a bawn. It is well provided with defensive loops and has a fireplace. 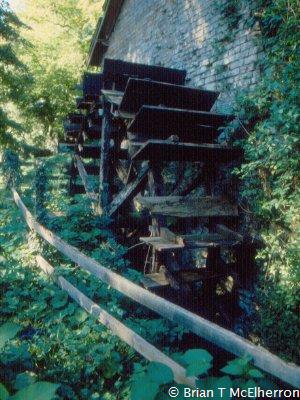 The sawmill at Castlebellingham, Co Louth was visited (O058951). It has a fine wooden stream-wheel. It is closed at present but appears to be still in use. The remains of a church and graveyard (O143850) were investigated. There are some good early 19th century gravestones. A castle (O158834) was noted in passing. 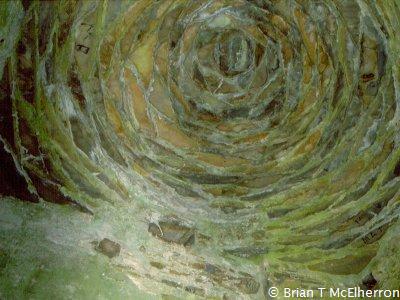 Termonfeckin Castle (O144804) was visited. It is a small tower with later additions. There are a number of small vaulted rooms at the ground floor and the ceiling of the top floor room is corbelled. There are two flanking towers at opposite corners, one containing the spiral stairway. Both towers project above roof level. Termonfeckin Cross (O142805) was inspected. It has a modern base and has some good figure-sculpture and geometrical motifs. Beside the cross is a slab with a crucifixion and nearby is the base of another cross. The remains of a castle (O093795) were viewed from the roadside. 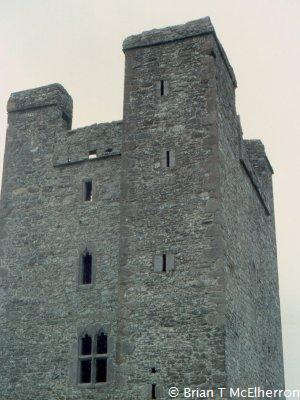 Roodstown Castle (N998925) was visited. It is a rectangular tower with two flanking towers at opposite corners. Above the doorway is a murder-hole leading from first floor level. The spiral stairway leads to roof level where four corner turrets rise above the level of the allure. There are good mullioned windows at first floor level and smaller windows at higher levels. 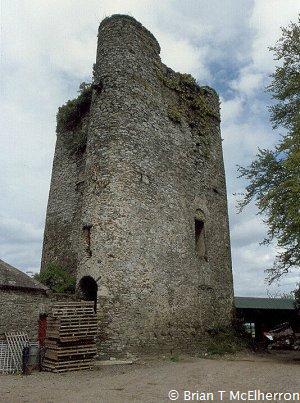 Killincoole Castle (O001998) was photographed from the roadside. It is a rectangular tower with two round corner flanking towers.

Dun Dealgan Motte (J030082) was visited. It is a large motte with a great defensive bank and ditch. On the top of the motte are the remains of a late 18th century building. Nearby is Castletown Castle (J032085), a large rectangular tower with four corner flanking towers. 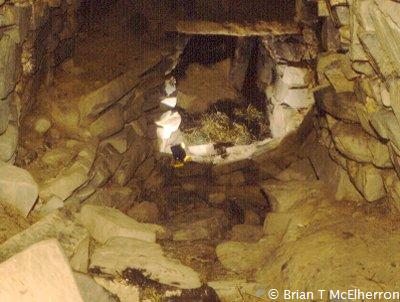 Rapid progress was made to Carrickananny, Co Armagh. The souterrain (H993289) is entered through a short unlined tunnel. Just inside the entrance part of the roof has collapsed. The main passage is blocked after about 15m and may be seen beyond the blockage for about another 5m. The passage is divided into three sections by two rising-hole creeps. Between the creeps is a side passage opening into a small chamber about 3m long. It has a ventilation shaft and a spy-hole leading into the main passage. One of the lintels at the entrance to the side chamber is split. 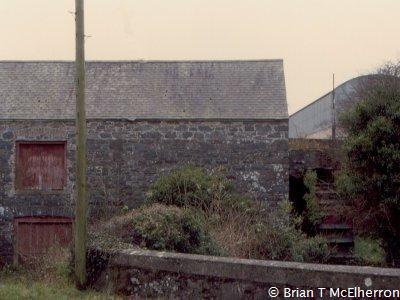 The water-mill (H957360) at Clady Milltown was inspected. It has a metal water-wheel which is greatly overgrown.